Explore the Mysteries of San Jose 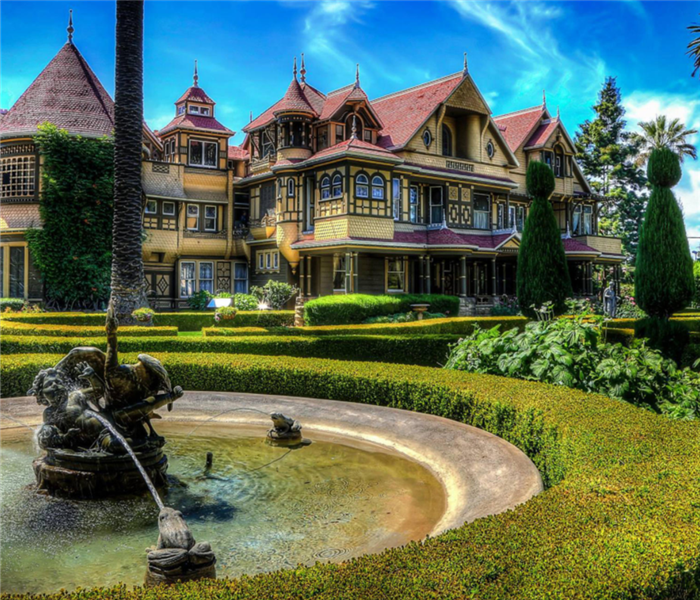 It's no mystery! SERVPRO can handle all of your storm damage.

San Jose is well known as the heart of Silicon Valley and enjoys its association with the tech industry. With a population of 1,021,795, San Jose is the most populous city in the north of California and the state's third-biggest city overall.

San Jose is one of the USA's wealthiest cities and has a reputation for luxury and fine living. With its warm climate, reputation for innovation, and more millionaires per capita than anywhere else in the USA, it is no wonder San Jose is known for its high living standards. Multiple famous tech companies are headquartered here, including eBay, Samsung, Zoom, Hewlett Packard, Cisco Systems, and PayPal.

However, there is more to San Jose than microchips and computers. The area also enjoys plenty of weird and wonderful attractions that will appeal to everyone from history buffs to ghost hunters.

The Winchester Mystery House is unquestionable one of the oddest sites not just in San Jose but in all of California. It might even be one of the strangest visitor attractions in the whole country.

The Winchester Mystery House must be seen to be believed. This enormous, rambling home spans an impressive 24,000 square feet. It cost a whopping $5 million to build between 1886 - 1922, making it worth around $71 million today.

However, it is not the size or the price that draws visitors to the Winchester Mystery House, but its strange origin story. Its sole occupant (apart from the household staff) was Sarah Winchester, the widow of William Wirt Winchester and heir to much of the Winchester Repeating Arms fortune.

Sarah designed the house and oversaw every aspect of its construction. Rumor has it that after W W Winchester died, a psychic told Sarah she must build a place to bring peace to the souls of those who were killed by Winchester rifles. No one is positive if this is true, but we do know one fascinating thing: Sarah employed architects to work on the house around the clock for almost 40 years.

The house is filled with strange architecture (including doors that open to reveal brick walls and one that opens onto a sheer drop to the courtyard below) and beautiful Tiffany glass pieces. Visitors can:

The attention to detail in the Winchester Mystery House is staggering. Sarah designed and oversaw its building despite having no master plan nor any experience in building houses. Most of the house is of redwood construction, but because Mrs. Winchester did not like Redwood's look, her builders had to apply a fake grain and stain to each plank before adding it to the building!

The Winchester Mystery House is undeniable one of the best-known and unusual attractions in San Jose, but the area is not short of other out of the ordinary things to see and do:

Although San Jose has a pleasant climate, it is not immune to storms and flooding.

In 2017, San Jose suffered severe flooding, with officials concerned about the potential for damage around the Coyote Creek area. Thankfully no lives were lost, but the incident reminded San Jose residents that flooding could strike even here.

Flood damage is very concerning for residents. Water has the potential to soak into carpets and drapes, baseboards, and even plaster and insulation. Once water saturates a material, there is a risk of mold damage, water damage, color bleeding on fabrics, and structural damage to the building.

Flood damage cleanup is made more complicated if there is sewage, chemicals, bacteria, or other dangerous materials in the water. That is why SERVPRO trains our technicians to assess each situation and take appropriate health and safety precautions. We provide our teams with safety equipment, including:

We will advise you on which items we can save and which you should toss. We can also help with disinfection, antimicrobial treatments, and deodorization.